The Pandemic Has Left Us With A Lingering Trauma About Money 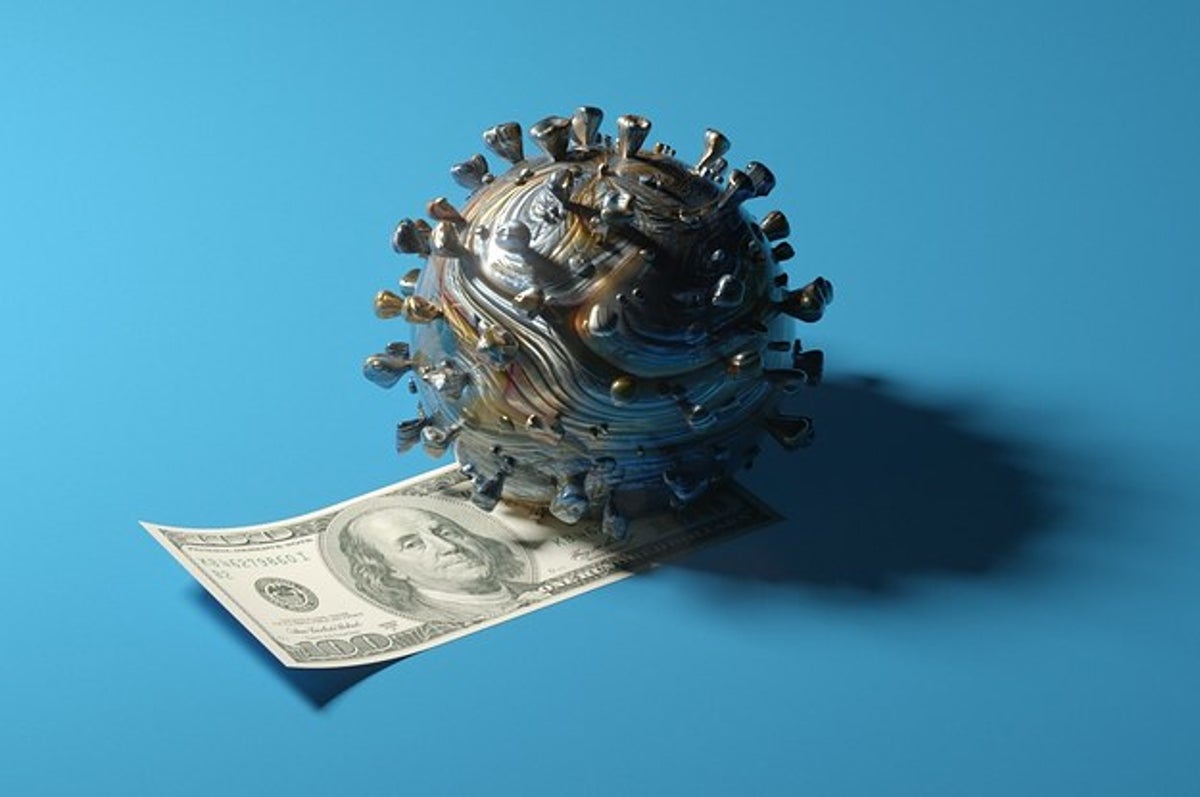 The disastrous COVID pandemic of 2020 and 2021 has changed every part of our lives. The way we make, spend, invest, save, and waste our money will be different forever.

During the Great Depression, the sudden financial crisis wiped out both people’s savings and their trust in banks. It led many who experienced it to become lifelong frugal spenders, and two generations of Americans became defined by their reputations for thrift — that financial trauma marked the rest of their lives.

Our spending and savings habits have changed over the course of these long months. For those who were well off, savings rates skyrocketed as people tried to build safety nets; home sales went, to use a technical term, bananas, as did the stock market. For those who were not, the economic effects have been devastating.

As households across the country have reset the way they work, save, and spend, we are also creating long-lasting habits that will seem incomprehensible decades from now — just like the habits of those who lived through the Great Depression seemed more and more impossible to decipher as time went on. There will no doubt be inexplicable, strange behavior that our grandchildren will see, only for their parents to explain that once upon a time, grandma and grandpa couldn’t buy enough toilet paper.

“The economy is just nothing but a collection of traumatized people who are living out what happens when you get traumatized,” Brad Klontz, a financial psychologist and author, told BuzzFeed News.

Our bank accounts might recover — but our brains never will.

Now, as some of us emerge from the pandemic, we can begin to guess how we might live out that trauma. Having grown used to Postmates or Amazon delivery, we may rarely return to stores. (And with those delivery fees, we may all turn into Lucille Bluths, thinking a banana costs $10.) By contrast, we might find ourselves fearing we’ll be working precarious jobs for Postmates or Amazon for the rest of our lives. We may never work in an office five days a week again — or at all. Maybe we saved milk or invested in home gyms. Maybe we’re terrified of working in an enclosed place like a gym again. Or maybe we stopped wearing underwear and started amassing expired fennel seeds. NFTs! Stockpiling yeast! It’s been a weird, terrible year.

Our bank accounts might recover — but our brains never will.

“Once you arrive at a belief designed to keep you alive and make sure this never ever happens to you again, the more emotionally intense, the more rigid that belief becomes,” said Klontz. “That makes it more likely that belief will hurt you later.”

There’s a long history of linking money and trauma together: During the First World War, Sigmund Freud compared emotionally traumatized patients to soldiers traumatized by their military experiences: “We apply it to an experience which within a short period of time presents the mind with an increase of stimulus too powerful to be dealt with or worked off in the normal way, and this must result in permanent disturbances of the manner in which the energy operates,” he said. He called that an “economic view” of the mind.

In other words, when we grapple with our ideas about money, we are often fixed in place by trauma. Some people have piled up cash. Others have poured their money into speculative investments like cryptocurrencies. Some have stockpiled hand sanitizer and beans. People developed substance use problems: Alcohol consumption appears to have risen during the lockdown. Some people’s spending habits turned racist: In a University of Southern California survey published last March, 18 percent of respondents said they were avoiding Chinese restaurants.

If anything best demonstrates these new habits, it’s GameStop. (Here’s a refresher if you need to remember what that was all about.)

Fernando Reis is a maintenance manager for a water treatment plant in Alberta, Canada. An amateur investor for the past nine years, he moved all his positions to cash at the first reports of a mystery virus emerging from Wuhan. “Something in my gut told me to sell everything,” he told BuzzFeed News. But by the end of March, the threat of a recession seemed to have passed, and he returned his money to his investments.

In September, as the market soared, he stumbled onto r/wallstreetbets. His earlier caution by now had given way to a sort of financial populism. He bought his first position in the video game retailer in November, at about $11 a share. By late May, GameStop was trading at just under $250 a share.

“I knew I was holding a front row ticket to possibly the greatest wealth transfer to date.”

“I knew I was holding a front row ticket to possibly the greatest wealth transfer to date,” he said. “We’ve come together to share our ideas and [due diligence] to take down the giants that have pushed us retail investors aside for decades. They’ve literally fucked up the most stable of economies in the housing market because of their own greed, fully knowing they were too big to fail and the people would bail them out.”

That’s a common way of approaching the stock market now, Dan Cunningham, a financial planner in Vermont, told BuzzFeed News. “When this all started in March, I thought, ‘People are going to hate the stock market for a long time.’ I don’t think that’s been the case.”

A rush of small-scale investors making money sounds fine — because it is — but it worries financial experts that people are learning to ignore the risks that go along with investing. In part, the motivation is tribal: people see a herd moving in one direction and want to follow. Another is a desire to pull one over on the titans of the financial industry who made their fortunes by blowing up the American economy over the past decades — and were bailed out when the bill came due.

We’ve seen that happen twice in these first decades of the 21st century, where the stock market has collapsed, only to come roaring back quickly thanks to federal intervention. But the gains of those interventions went to big, institutional investors, not average people. And so investors who have done well this time may be setting themselves up to fail spectacularly the next time the market drops. “They now have an assumption that when markets drop, they come back. That’s dangerous but has been true the last two market drops,” said Cunningham.

As with everything else in American life, the way people experienced the trauma of the COVID era has largely been a function of how much money they have. As a senior financial planner at personal finance company SoFi, Lauren Anastasio works with people who have questions about what to do with their money every day. (She’s also working on a graduate degree in financial psychology.)

“2020 caused a new form of trauma,” she said. But people’s experiences were very different, depending on their finances. For some people, it has been a terrible hardship. “For those people, the outcome could mean feeling like cash is everything, and not trusting financial institutions or the government to help them. They might become risk averse to the point where it is detrimental,” Anastasio said.

For many office workers, one big impact of the pandemic will be abandoning the office and the cities they lived in.

“Being in the office sucks. Feels like you’re under a microscope.”

Max, a financial professional in New York who asked not to use her last name for privacy, told BuzzFeed News that even though she was now working longer days than when she worked in an office, she did not want to return. “Being in the office sucks. Feels like you’re under a microscope. And to be honest, daily physical interaction with colleagues is overrated,” she said.

“I’m planning to buy a trailer and live in that while traveling. I’m a longtime camper/adventurer and prefer the outdoors anyway, so this idea has been percolating a while, regardless of financial pressure,” a woman who works in disaster preparedness and asked to remain anonymous told BuzzFeed News. “At least that way my expenses are lower and I’ll have enough for a down payment if I want to buy property after living in it a few years.”

But even she is feeling crushed by anxiety.

“I do feel pretty hopeless about being able to afford children,” she said. “As a single woman, I don’t think I can afford to raise a child on my own, especially when I consider the huge unknown of possible medical expenses. I have anxiety about the possibility of medical bankruptcy from myself. I don’t know how anybody in America doesn’t have low-key anxiety about the fact that you can be financially ruined just from sheer bad luck.”

But what about those who are less well off?

To find out, I called Chloe McKenzie, the CEO of BlackFem, a nonprofit organization that focuses on giving girls of color the confidence, skills, and resources to build and sustain wealth, and the author of The Activist Investor.

“Except for those in the one percent, we are experiencing an unprecedented amount of financial trauma and violence.”

“Except for those in the one percent, we are experiencing an unprecedented amount of financial trauma and violence,” McKenzie told BuzzFeed News. To secure the basic requirements of life, millions of Americans have been forced into unsafe, dehumanizing, or just plain terrifying jobs. Those scripts about money that may have been in place before the pandemic have only calcified.

One of her biggest concerns is the normalization of a horrific tradeoff — that people are forced to go through “violence, trauma, abuse, or shame to attain a sense of material safety.”

McKenzie argues that the way the United States responded to the virus has exposed one of the country’s core myths: that we are individuals, solely responsible for our own economic fate. The product of that labor is distributed, but the risk and the shame are privatized. To her, that’s not a new revelation, but it is an urgent issue. It’s easily the most troubling conversation I had while reporting for this story. So maybe some people with money will invest too little or too much or in the wrong asset — that’s no good, but life will go on. But, having been shown just how little their lives matter, the trauma that poor people have felt may never lift. Nor will the shame that the rest of us should bear.

Whatever script we have internalized, it will be with us for a long time. It’s possible to develop a healthy perspective, but it’s not easy. What’s important, says McKenzie, is to remember that our individual experiences are not ours alone. Everyone is going through it right now.

”We’re used to individualizing our financial lives,” she said. “This is the way, especially in financial education, advisers skip over oppression, rather than thinking about the collective harm that we might be experiencing.”●

This story is part of the BuzzFeed News Money Week series that looks at how the pandemic changed the ways we earn, owe, spend, and save money.