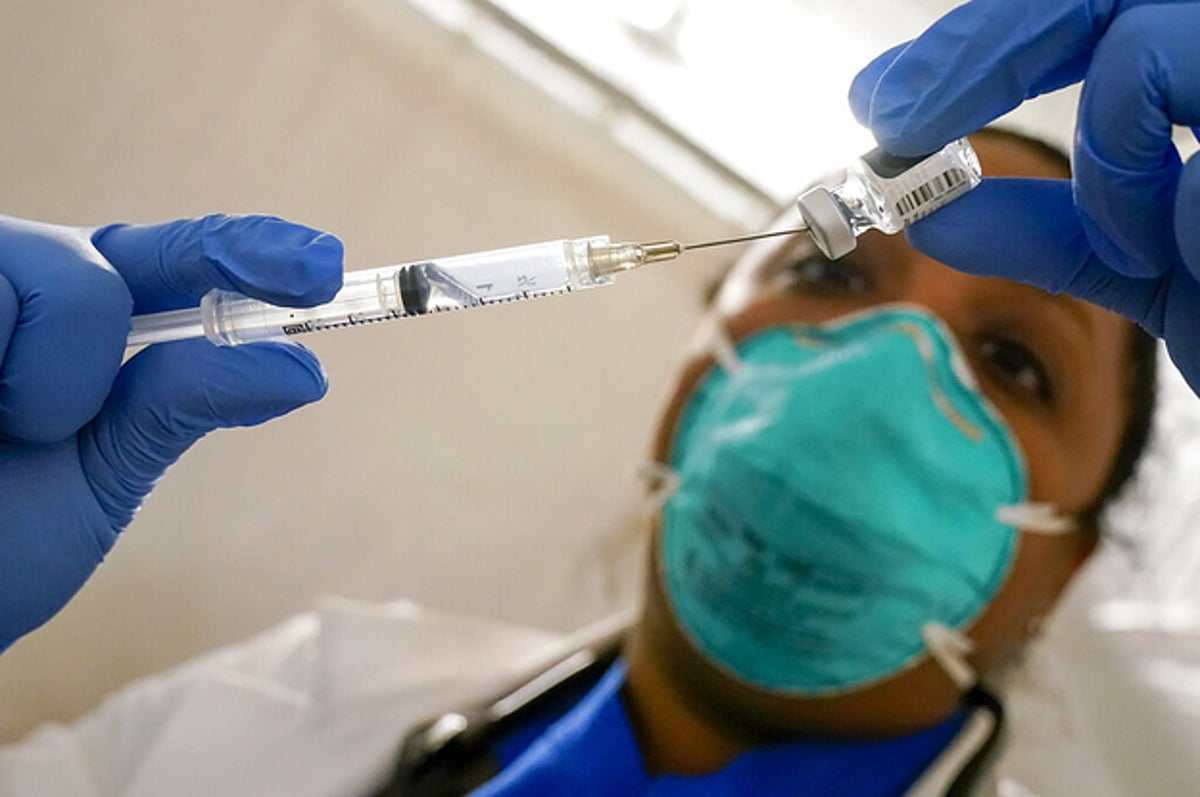 The FDA formally approved the two-dose Pfizer-BioNTech COVID-19 vaccine for people 16 and over on Monday, opening the door for more vaccine mandates across the country.

Pfizer’s shot is the first COVID-19 vaccine to gain full FDA approval. Previously, the regulatory agency had allowed the shots to be administered under an emergency use authorization, a mechanism used during public health emergencies that requires companies to show that the vaccine is safe and effective, and that there is no available alternative. After an EUA is issued, vaccine manufacturers must continue collecting data on the vaccine’s safety and effectiveness over months in order to apply for FDA approval.

FDA scientists reviewed hundreds of thousands of pages of clinical trial data to assess the safety, efficacy, and manufacturing quality of Pfizer’s vaccine ahead of Monday’s approval.

“This is a pivotal moment for our country in the fight against the pandemic,” acting FDA Commissioner Janet Woodcock said in a press conference on Monday. “While this and other vaccines have met the FDA’s rigorous, scientific standards for emergency use authorization, as the first FDA-approved COVID-19 vaccine, the public can be confident that this vaccine meets the FDA’s gold standards for safety, effectiveness, and manufacturing quality that we require for an approved product.”

Pfizer’s vaccine will still be available under an emergency use authorization for kids aged 12 to 15 while the company continues to run clinical trials for those age groups. More than 204 million doses of Pfizer’s COVID-19 vaccine have so far been administered in the US.

With the approval, health officials are optimistic that more schools, hospitals, and businesses will begin issuing vaccine mandates. While in July the Department of Justice’s Office of Legal Counsel issued an opinion arguing that it was legal to require vaccines with EUAs, it’s likely the FDA’s approval will convince public and private entities that were reluctant to put vaccine mandates in effect.

Shortly after the FDA’s announcement on Monday, Pentagon Press Secretary John Kirby announced that they were preparing guidance to make the vaccine mandatory for all US service members. And New York City Mayor Bill de Blasio said he would be requiring all staff in the city’s public schools to be vaccinated. “We know this is going to help ensure that everyone is safe,” de Blasio said, noting that staff would be required to have a single dose of the vaccine by Sept. 27, shortly after the start of the school year.

“This is a game-changing moment. We’ve been waiting for this for a long time,” de Blasio said of the FDA’s approval of Pfizer’s vaccine. “This helps us move forward.”

Health experts are also hoping the move will help sway some people who were hesitant to get a vaccine without full approval from the FDA.

“Anyone who has been reluctant or hesitant up to this point really should be fully reassured that this vaccine is as good as it gets for now in terms of preventing COVID,” said Jim Versalovic, Interim Pediatrician in Chief and Pathologist in Chief at Texas Children’s Hospital.

Pfizer’s application was based on ongoing clinical trial data from thousands of participants. The health agency evaluated safety data from 22,000 people aged 16 and over who got the vaccine and 22,000 who received placebo shots (the vaccine’s effectiveness was measured in 20,000 people in each group). More than half of the clinical trial participants were monitored for safety issues at least four months after the second dose. Approximately 12,000 vaccine recipients were followed for at least six months. Based on the trial results, the vaccine was 91% effective at preventing COVID-19.

The approval comes one week after a recommendation from top US health officials that booster shots be made available to most Americans starting in September amid concerns about waning immunity in the face of the highly contagious Delta variant. The recommendation was criticized by some scientists who said the available data did not suggest that boosters were needed, since the vaccines are still highly effective at preventing severe illness, hospitalizations, and deaths.

Pfizer submitted its application for FDA approval in May, and Moderna followed shortly afterward for its COVID-19 vaccine in June. Johnson & Johnson is expected to file its approval application later this year.