New Twitter Feature Will Ask If You’ve Read The Article 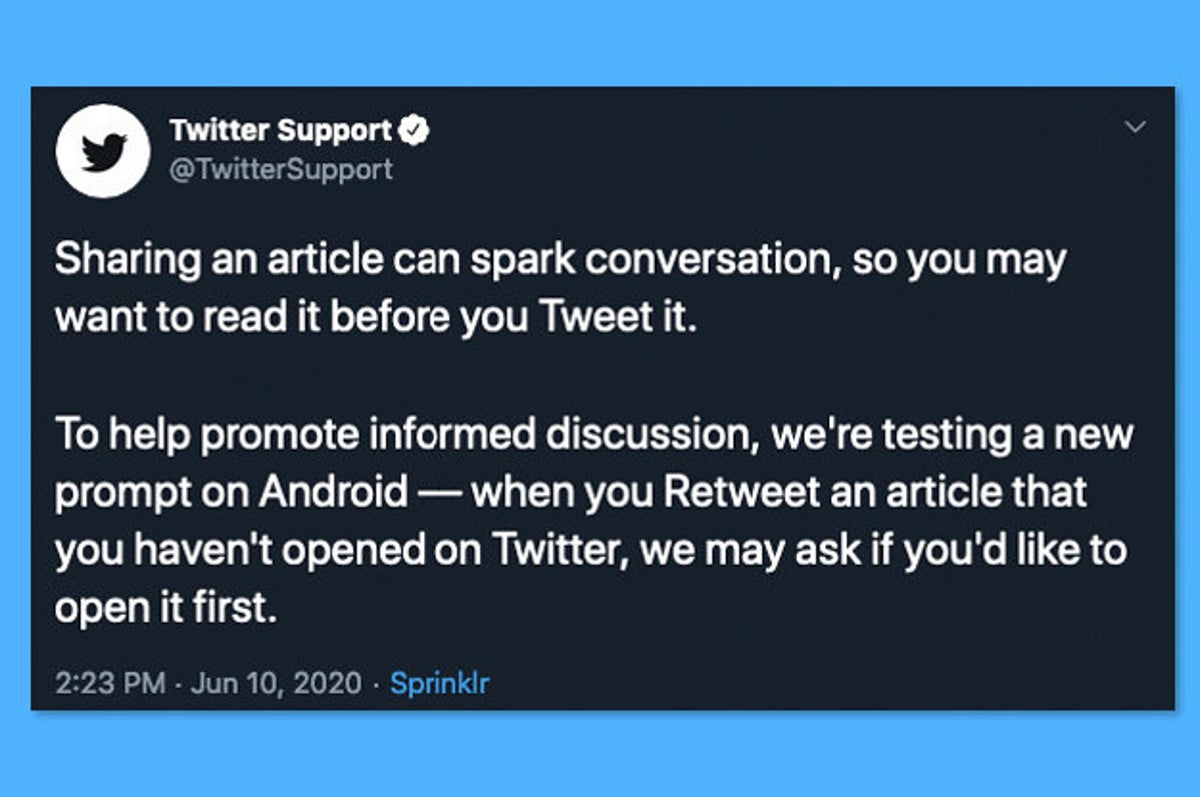 Twitter is rolling out a new feature for Android users prompting them to read an article before they share it, the company announced today.

The company also said the experiment might run for at least a few weeks “to get enough data to make an informed decision on next steps.”

The prompt is triggered based on whether a person has clicked on the link, not how much time they’ve spent on a page.

According to that announcement, the feature is being tested “to help promote informed discussion.” The prompt will come up if a person tries to retweet an article that they haven’t clicked on.

One person on Twitter has already posted about seeing the new feature. “Headlines don’t tell the full story,” the pop-up said. “Want to read this before Retweeting?”