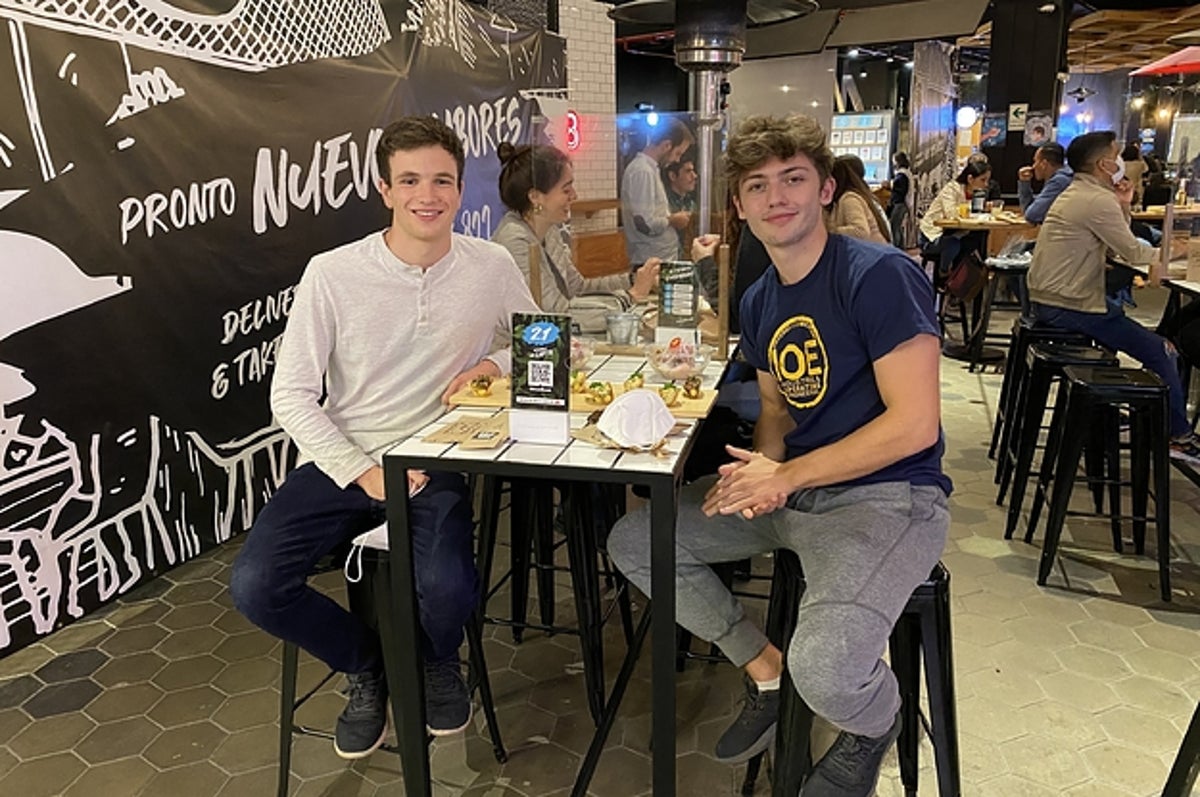 And with a booming market for the non-fungible tokens that track the ownership of assets like digital art (or even a tweet) using the blockchain, it was only a matter of time before an agency sprung up to find old meme stars and help them get set up as NFTs.

Six weeks ago, two friends who met at University of Michigan, Connor Flanigan, 21, and Greg Cervenak, 23, started an agency called NetGems to do just that. Their first big NFT auction went live this week for those three iconic memes.

Their premise is simple. NFTs and cryptocurrency are a little complicated to set up, which might have scared some off from doing it on their own. Enter NetGems. For a small cut of the sale price, the friends will take care of all the work to set up the auction on the OpenSea auction platform.

Cervenak told BuzzFeed News that he sees NFTs as a way for creators who have made viral videos or memes in the past to finally make some real money off their work.

“A lot of these creators, especially YouTube ones, have made a little cash initially, but very few of them have made much money off these. They’re certainly not making a living,” he said.

Although his Numa Numa dance is widely considered one of the classic examples of an internet meme, Gary Brolsma told BuzzFeed News that he has never made very much money from it.

He first posted the video as an 18 year old in 2004, before YouTube existed. “Back when YouTube was new, we’d get a little money from the ads, but lately things have changed and I’m not eligible to monetize it now,” he said. YouTube’s more recent policies require that a channel have a certain amount of watch time to run ads — which means that someone like Brolsma who has just one mega viral video but doesn’t regularly post can’t run ads.

Like many internet memes, there’s other layers that complicate Brolsma’s ability to directly make money from it. The music in the video is by a Moldovan techno group, who are the copyright holders to the song. Brolsma once met the singer of the group at a CD signing, and the singer told him how happy he was about the meme since it made the song break through in the US. In 2008, Rihanna and T.I. released “Live Your Life,” which sampled the song — those royalties went to the band. Similarly, when the movie Happy Feet did a parody of the dance, they licensed the song, not the arm-gesturing dance moves.

Brolsman told BuzzFeed News he hopes that doing an NFT will help out his family, who have been struggling with finance and health issues.

Christopher Gordon, creator of the Honey Badger Don’t Care meme, has also seen the limitations of profiting off a meme. After his video went viral in 2011, he sold merchandise, published a book, and got a TV development deal. It opened doors for him professionally. He trademarked the phrase and successfully fought off copycats in court (When Gordon’s NFT goes under the hammer, though, he’ll be selling the trademark along with it).

A writer and video editor in Los Angeles, Gordon had enough industry knowledge and connections to capitalize on his viral fame. That’s not the case for everyone. “I once met the Hide Yo Wife guy [Antoine Dodson] and the Double Rainbow guy [Paul ‘Bear’ Vasquez], and they both told me the thing they regret most is not trademarking their catchphrase,” he told BuzzFeed News.

For Black creators, this gulf in who gets credit and compensation for virality is even more stark. Peaches Monroe, the Black teenager who created the phrase “on fleek” in a Vine, never got compensation, even as brands used it in ads. Conversely, the two white teens behind the Damn, Daniel Vine that went viral around the same time got free Vans for life. Now, on TikTok, Black dancers who come up with choreography for popular dance challenges often go uncredited while white stars like Addison Rae or Charli D’Amelio secure lucrative deals for doing those very dances.

why y’all never choose another equal to be y’all best friend?? I hate when the ugly one call the pretty 1 “twin” if ur best friend bad as u tag her rn

Jordan Scott, a Black creator of the 2020 TikTok meme Two Pretty Best Friends, also has not seen much monetary compensation from his actual video. In 2020, TikTok announced its Creator’s Fund, a way to pay people whose videos go viral. But Scott, whose video has been viewed over 50 million times, told BuzzFeed News he had only made $1,500.

Scott sees his viral moment as a foot in the door more to the industry. “It gave me a chance to be featured on BuzzFeed, Good Morning America, Business Insider, a lot of other opportunities,” he said. “Those news articles led me to getting verified on social media, and those things mean so much in the entertainment world when you’re trying to reach out to people and just having it in general. That was probably more important to me than getting money from the whole situation.”

Still, he hopes that the NFT will help him pay off some student loan debt while he pursues his career in acting and modeling in Los Angeles. He’s excited to be included along with two classic memes in NetGems’ first auction, especially honey badger. He played football in high school and was a big fan of Tyrann Mathieu, the NFL player nicknamed “Honey Badger” for his relentless defense.

“NFTs can be seen as a tool for creators to be made whole for the work they put in,” said Cervanak. He’s optimistic about the auction, which has opening bids on the OpenSea platform at three Ethereum (about $8,000 each).

But the market for NFTs has one big question mark: most of them were bought by the same guy.

Disaster Girl, Charlie Bit My Finger, Overly Attached Girlfriend, and Creepy Chan were all bought by a man named Farzin Fardin Fard, who owns a music recording studio located in Dubai. Based on his profile on the NFT site Foundation.app, Fard has a collection worth easily over $1 million, most of which are digital art pieces much lower in value than the memes.

He is also the owner of a New York Times article by Kevin Roose about NFTs that listed itself as an NFT for a stunt (he paid about $560,000). Another high profile NFT he bought is a portrait of Paris Hilton listed by Hilton herself. Fard did not reply to multiple emails or messages sent from BuzzFeed News.

It’s unclear if Fard is a fan of the memes he’s bought, or just sees them as savvy crypto investments. After purchasing Charlie Bit My Finger,” he tweeted out “CHARLIE BIT ME!” which suggests he enjoys his purchase.

Fard’s near monopoly on old memes begs the question if there’s actually a healthy market for these or just one really passionate collector.

Ultimately, that NFT only sold for about $11,000, far less than some of its contemporaries. Fard, the mega collector, did not bid.

Whether the memes end up selling for a lot or a modest sum, and whether the buyers are fans or investors, doesn’t matter so much to Brolsma, Scott, and Gordon. They’re just excited to be a part of the next big thing.

“I feel like I’m this visual artist no different than Warhol in doing this,” Gordon told BuzzFeed News.

Why Is Everyone So Mad At Gabbie Hanna?
A Lot Of The Internet Went Down This Morning