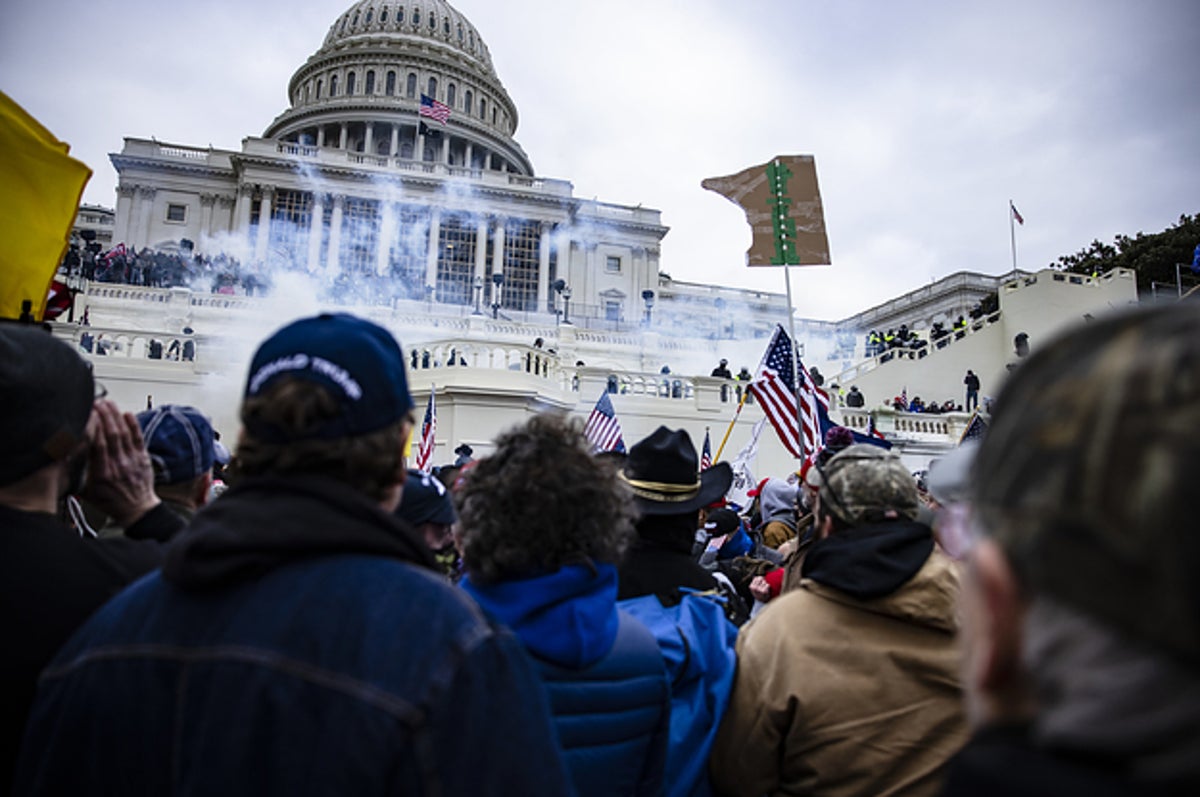 Lonnie Coffman also admitted traveling with multiple guns in his truck and carrying two guns in his pockets.

WASHINGTON — An Alabama man pleaded guilty on Friday to bringing a cooler of homemade Molotov cocktails and a pistol to Washington, DC, on Jan. 6, becoming the latest person to plead guilty to serious weapons charges in connection with the Capitol riot investigation.

Lonnie Coffman’s plea hearing briefly went off the rails after some confusion over whether the ingredients in the 11 mason jars found in his pickup truck near the US Capitol could, in fact, have been used as Molotov cocktails at the time. Coffman at first told the judge that he believed the gasoline he’d poured in the jars several years ago had evaporated, which meant the devices would no longer work as explosives.

US District Judge Colleen Kollar-Kotelly explained that she couldn’t accept Coffman’s guilty plea if the Molotov cocktails were not functional as destructive devices. After more questioning and a short break for Coffman to speak with his lawyer, he then told the judge that he’d never actually tested the jars to see if the gasoline had evaporated, and when she asked if his earlier statement had been speculation, he said that was right. Assistant US Attorney Michael Friedman said the government’s chemical analysis of the jars did find gasoline.

Satisfied that the government had proven the elements of the federal weapons offense that Coffman was pleading guilty to, Kollar-Kotelly accepted his guilty plea. Coffman also pleaded guilty to one count under DC law of having a pistol without a license in the city — a 9mm Smith & Wesson handgun that he’d carried in his pocket. He admitted to having more guns and ammunition in his truck and also to carrying a revolver in his other pocket, but the charges he’d originally faced related to those weapons were dropped as part of his agreement with the government.

Although Coffman was arrested on the evening of Jan. 6 near the Capitol, he was not charged with participating in the riot. Prosecutors shared evidence that he’d parked his truck near the Capitol complex in the morning and walked in the direction of the grounds, but his court papers didn’t fill in the timeline of what else he did that day.

Coffman on Friday also pleaded guilty to a separate charge filed in Alabama for having another dozen improvised Molotov cocktails in mason jars at his home leading up to Jan. 6. He pleaded guilty to the same federal weapons offense as in his DC case, and faces the same sentencing range. He is scheduled to appear before Kollar-Kotelly on April 1 for sentencing in both cases.

Appearing by video from the DC jail, Coffman told Kollar-Kotelly that the Molotov cocktails had been in his truck for “some time” before he’d traveled to Washington, and that he didn’t plan on “blowing up” anything.

In response to reports on Jan. 6 of explosive devices found at the headquarters of the Democratic National Committee and the Republican National Committee, US Capitol Police officers doing security sweeps of the area around the Capitol noticed what looked like the handle of a gun on the front passenger seat of a parked red pickup truck.

A search of the car revealed a cache of weapons, including a loaded handgun, rifle, and shotgun, hundreds of rounds of ammunition and large-capacity ammunition feeding devices, a crossbow, machetes, smoke devices, and a stun gun. They also found a cooler with mason jars filled with a mixture of melted Styrofoam and gasoline that the government determined would have the effect of napalm; police also found other objects — including lights and rags — that suggested the jars were designed to be used as Molotov cocktails.

That evening, Coffman arrived back at the truck and was met by law enforcement. He was carrying two loaded guns in his pockets, a handgun and a revolver. He was quickly ruled out as a suspect in connection with the DNC and RNC bombs, but was arrested in connection with all the weapons found in his truck and on his person.

Prosecutors noted that outdoor surveillance footage showed Coffman leaving his parked truck at around 9:20 a.m. on Jan. 6 and walking towards the Capitol. He told law enforcement officers that he’d been living out of his truck in DC in the days leading up to Jan. 6.

Officers found a set of handwritten messages in the truck, including one with a quote reportedly attributed to Abraham Lincoln — “We The People Are The Rightful Masters Of Both The Congress And The Courts, Not To Overthrow The Constitution But To Overthrow The Men Who Pervert The Constitution” — contact information for conservative commentators, and several other names, including a member of Congress who was noted as being Muslim and a federal judge with a notation as “Bad Guy.” On the back of a magazine, there was also a handwritten message with contact information for “Conservative Talk Show Host Mark Levin,” “Shaun [sic] Hannity,” and “Senator Ted Cruz.”