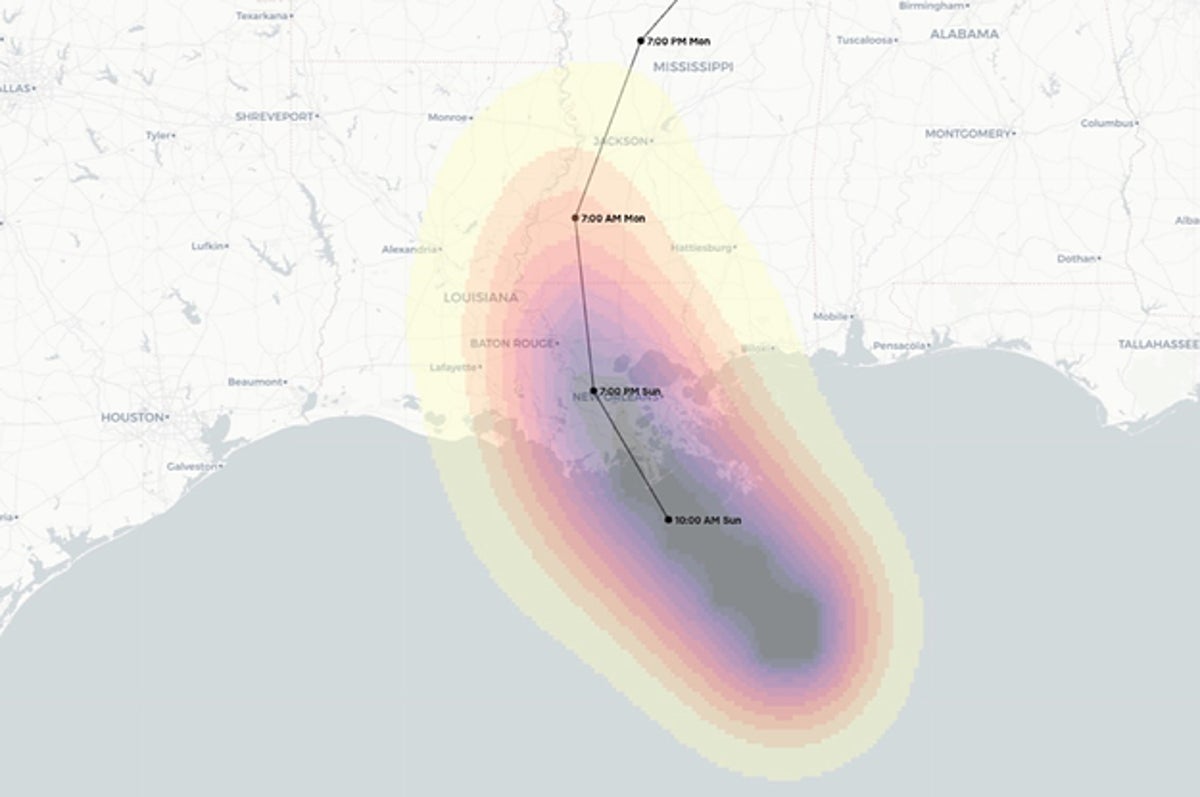 Note: The maps below are no longer being updated.

Hurricane Ida made landfall at Port Fourchon, Louisiana, at 11.55 am Central Time as a Category 4 hurricane, with maximum sustained winds of 150 mph — 16 years to the day after Hurricane Katrina hit the region.

“Catastrophic wind damage is likely where the core of Ida moves onshore along the southeast coast of Louisiana,” the National Hurricane Center warned on Sunday morning.

Louisiana Gov. John Bel Edwards declared a state of emergency on Thursday evening. And in a press conference on Friday afternoon, New Orleans Mayor LaToya Cantrell called for parts of the city to evacuate. “I am calling for mandatory evacuation of all areas outside of our levee protections system,” Cantrell said, also recommending that people living within the levee system consider evacuating.

Ida will cause a life-threatening storm surge. This map shows areas currently under storm surge watches and warnings. On Sunday morning, the NHC predicted that, if the peak surge coincided with high tide, the surge could be as high as 16 feet above ground level in the zone between Port Fourchon and the mouth of the Mississippi River.

“I want to reiterate, the storm surge that we are expecting is unsurvivable,” Cynthia Lee Sheng, president of Jefferson Parish, which lies in that zone, said on Saturday, urging residents near the coast to evacuate.

Forecast track and rain in the next 24 hours

“Total rainfall accumulations of 10 to 18 inches with isolated maximum amounts of 24 inches are possible across southeast Louisiana into far southern Mississippi through Monday,” the NHC warned on Sunday. “This is likely to result in life-threatening flash and urban flooding and significant riverine flooding impacts.”

This map shows risks of flash flooding from rain in the coming 24 hours, plus longer-term forecasts of river flooding from stream gauges where those are available.

The National Oceanic and Atmospheric Administration predicts that 2021 will be an above average Atlantic hurricane season, with 15 to 20 named storms, 7 to 10 hurricanes, and 3 to 5 major hurricanes.

Last year was the busiest Atlantic hurricane season on record. The season was especially brutal in southwest Louisiana, which was hit by hurricanes Laura, Delta, and Zeta.

If You Think This Alphabet Fruit Quiz Is Difficult, You've Never Been In The Grocery Store's Produce Section
A Judge Questioned Wether Trump Could Block Jan. 6 Investigation Records Request