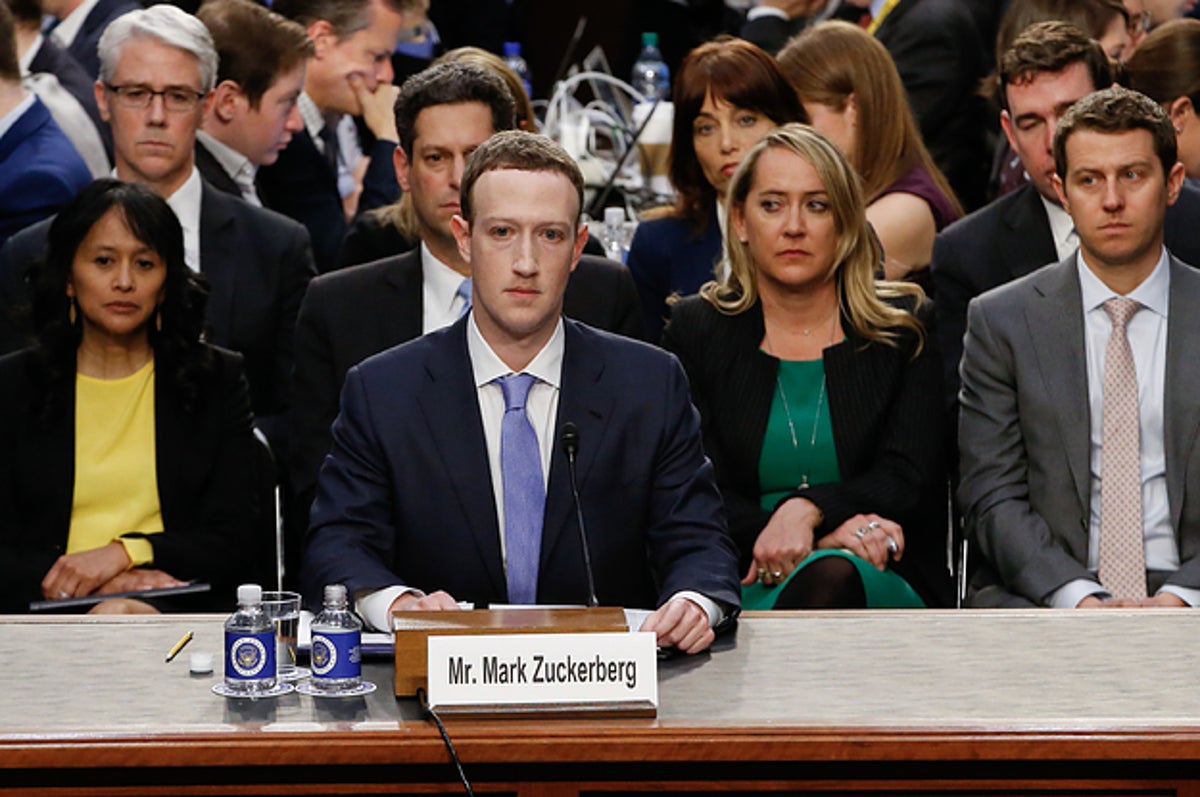 This evening, Facebook CEO Mark Zuckerberg contrasted his platform’s approach to President Donald Trump to Twitter’s, writing “our position is that we should enable as much expression as possible unless it will cause imminent risk of specific harms or dangers spelled out in clear policies.”

That came after Zuckerberg took to CNBC and Fox News to contrast how his platform handled free speech compared to Twitter.

“I don’t think that Facebook or internet platforms in general should be arbiters of truth,” he told CNBC. “Political speech is one of the most sensitive parts in a democracy, and people should be able to see what politicians say.”

On Tuesday, Twitter applied a fact-checked label to two of Trump’s tweets, in which he falsely claimed that mail-in ballots would lead to electoral fraud. It subsequently added a warning label to another Trump tweet, saying it glorified violence.

That’s not to say that Twitter is heavily moderated and Facebook is an anything-goes zone. In fact, both sites prevent people from saying things they find impossible to tolerate, and both do fact check.

Here’s what you can — and can’t — say on both platforms:

Promoting Terrorism
Neither company allows users to promote terrorism. If you post supporting a terrorist organization, your post will be removed. Or it won’t show up in the first place.

And here’s Twitter: “You may not promote violence against or directly attack or threaten other people on the basis of race, ethnicity, national origin, caste, sexual orientation, gender, gender identity, religious affiliation, age, disability, or serious disease.”

Voter Suppression
Facebook doesn’t allow speech that will suppress votes. You can’t tell people to vote on the wrong day on Facebook, or to vote via methods that don’t exist, like online voting.

Twitter doesn’t allow voter suppression either. “You may not use Twitter’s services for the purpose of manipulating or interfering in elections or other civic processes,” its website says.

Real Names
On Facebook you can’t post anything if you’re not using your real name in your profile, due to the company’s “real name policy.” Critics say Facebook’s policy prevents some activists from talking since they might be in danger if they use their real name.

Facebook allows all political ads, including those with misinformation.

Bullying and Harassment
Facebook doesn’t allow bullying or harassment. “We do not tolerate this kind of behavior because it prevents people from feeling safe and respected on Facebook,” the company’s website says.

Twitter’s policy is similar: “You may not engage in the targeted harassment of someone, or incite other people to do so. We consider abusive behavior an attempt to harass, intimidate, or silence someone else’s voice,” its website says.

World Leaders
Twitter has a special policy for world leaders. These people have extra latitude on the service. If a world leader violates a Twitter policy, but the company thinks it’s in the public interest to keep it up, it will put it behind a warning label, as it did to President Trump’s tweet this week.

Facebook, on the other hand, seems to give world leaders nearly unlimited leverage to post what they want. “I disagree strongly with how the President spoke about this, but I believe people should be able to see this for themselves, because ultimately accountability for those in positions of power can only happen when their speech is scrutinized out in the open,” Facebook CEO Mark Zuckerberg said in a post on Friday.