Here’s A Look At Haulover Sandbar, The Popular Miami Party Spot That Will Be Destroyed 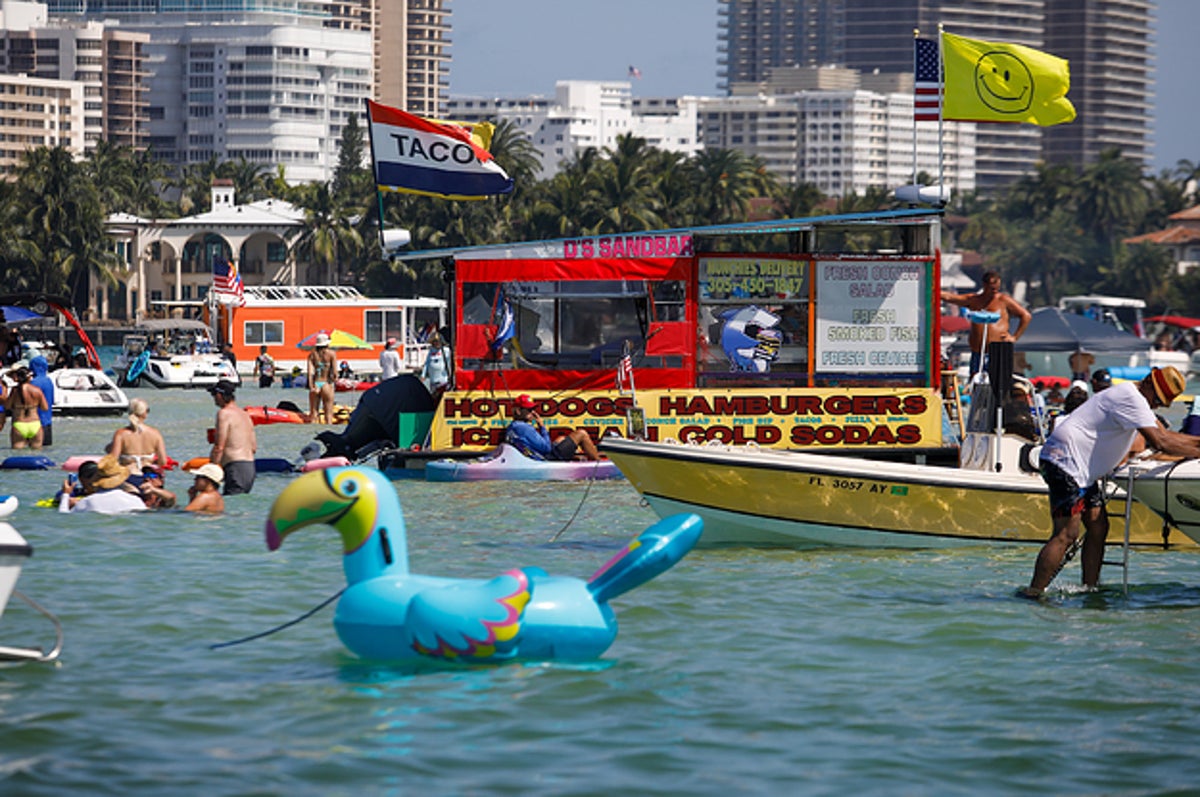 Pour one out for Haulover Sandbar, the popular strip of sand in Florida where floating concession stands serve ceviche and sandwiches that will soon disappear.

As a sandbar, of course, it does this regularly as the tide rolls in and out over the north end of Biscayne Bay in Miami. When the weather is good, the sandbar is highly visible, with people crowded on the sand left behind by the inlet currents to hang out and party.

But despite the party vibes, Haulover is slated to be dredged by the US Army Corps of Engineers later this summer. The buildup of the sandbar is blocking boat traffic, and the Corps feels that the beach-quality sand can better be used to shore up nearby Bal Harbour Beach. The plan has been in the works for at least two years but has recently encountered opposition from locals, who argue that destroying the sandbar would be damaging to the overall economy that has sprung up around it.

All sandbars are by definition impermanent — the inlet where Haulover is located was itself created in 1925 to increase access to the Atlantic Ocean — and dredging in Miami is also not new. Many beaches in Miami are supported by sand from elsewhere as the city combats rising sea levels. Last year, the US Army Corps of Engineers spent $16 million to import sand from a mine on the Gulf Coast to shore up Miami Beach. Using local sand would cut down on the cost of protecting coastlines.

Photojournalist Eva Uzcategui recently went to Haulover with Stephen Leatherman, a professor of earth and environment at Florida International University, to see what was at stake on the sandbar. Leatherman is known as Dr. Beach for his expertise on coastlines and his criteria for ranking what makes a good beach. Leatherman notes that while the popularity of the sandbar makes it a very good beach, it does need to be dredged for the good of the coastline.

Waiters Are Finally Opening Up About What They're Judging Us On, And It'll Change Your Behaviors
Man Who Made Threats On Jan. 6 Claimed To Be A Victim Of Racism