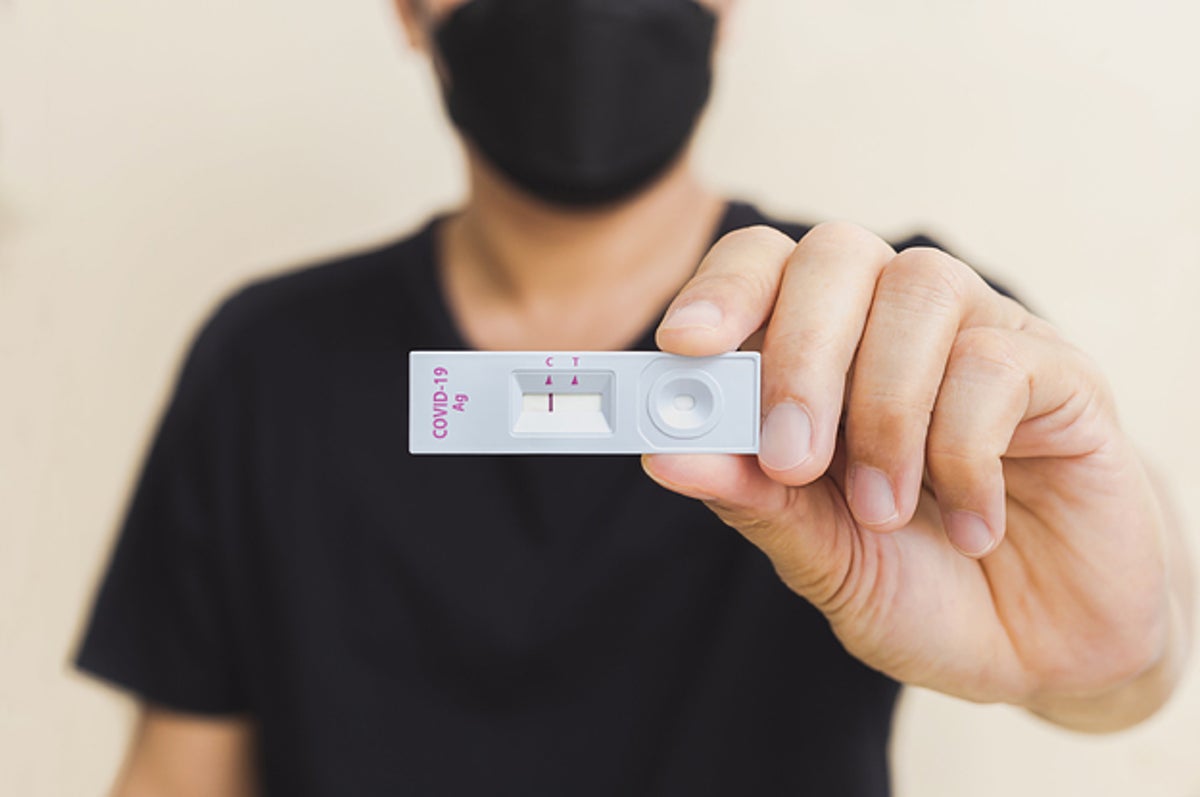 The Biden administration announced Friday that it will double its supply of coronavirus rapid tests to a total of 1 billion and make those tests freely available online for every American household.

Beginning Jan. 19, Americans can visit COVIDtests.gov to order up to four rapid tests per household (officials could not specify exactly when on the 19th the site will go live).

The move comes as the US struggles with soaring COVID-19 cases caused chiefly by the Omicron variant, which has seen case count and hospitalization records smashed nationwide.

Tests will be free and the only information required for purchase is a name and mailing address. But officials estimated the tests would not ship until 7-12 days of purchase, meaning the soonest they could arrive in homes is Jan. 26.

In early December, the Biden administration unveiled a winter strategy for the Omicron variant, focusing on more people getting boosters, more vaccinations for school age kids, as well as requirements for private insurers to pay for at-home tests. Later in the month Biden announced plans to send federal medical teams to assist overloaded hospitals, which are now being deployed, and opening 20,000 free testing sites.

But the requirement for private insurers to cover at home tests does not go into effect until Jan. 15, meaning it did not help pay for rapid tests during the holiday Omicron surge. The administration also came under fire as at-home test supplies ran short on pharmacy shelves over the holidays as Omicron cases skyrocketed. This led to the first plans to make 500 million free tests available to Americans, followed by Friday’s doubling of that figure.

Nam Tran, a professor of clinical pathology at UC Davis, said he welcomed Friday’s announcement and any expansion of testing is good news, but cautioned that people need to remember how to test appropriately. “We shouldn’t be just testing out of overall anxiety concern, we should be testing for good reasons,” he said.

According to the CDC, rapid tests should be used if you have COVID symptoms, if you’ve been in close contact with someone who has COVID, or if you will be gathering indoors with someone who is either at high risk for severe disease or is unvaccinated.

But if you’re asymptomatic, Tran said it’s critical to test more than once, at least 36 hours apart. “Testing multiple times, over time, allows you to catch the virus when it reaches that level that becomes detectable,” he said. This means the four tests per household would only be enough to get a meaningful result for two asymptomatic people. In symptomatic individuals, Tran said the viral load is likely high enough that one test should be sufficient to tell if that person is infectious.