Facebook Is Working On A Wearable AR Wrist Device 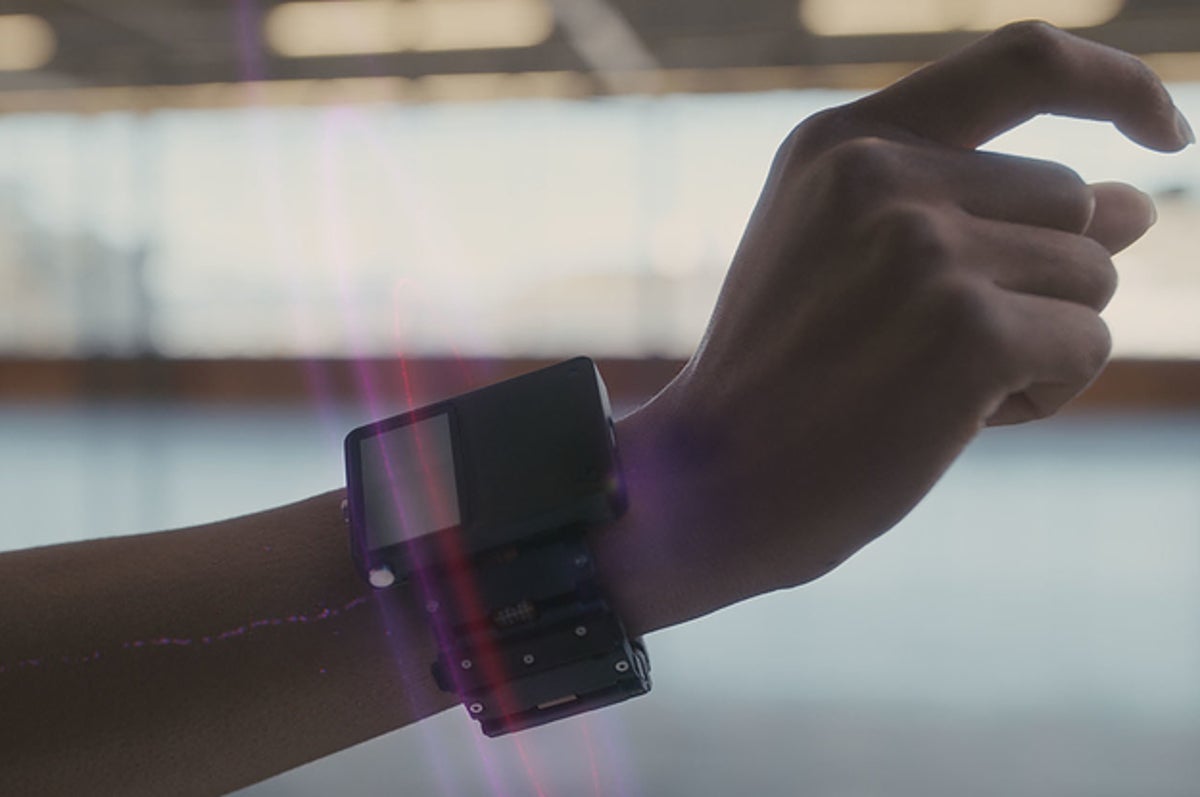 Facebook is working on a new neural wristband that can read the electrical signals sent to your hands and send them to an augmented reality interface. Essentially, it’s a bracelet that lets you type without a keyboard (potentially without even moving your fingers) or control something on soon-to-be-released AR glasses.

It seems as if Facebook, after years of harvesting data on your marketing possibilities, is finally starting to be able to read your mind?

“I cannot emphasize this enough: This cannot read your brain,” Andrew “Boz” Bosworth, VP of Facebook Reality Labs, the team responsible for AR and VR (and Portal), told BuzzFeed News.

He compared the wrist device to a computer keyboard: A keyboard doesn’t read your thoughts, but it takes your motor inputs you make and turns them into expressions.

In 2019, Facebook acquired CTRL-labs, a neural interface startup that had been working on this kind of wearable device for several years. The wearable wrist device has the potential to complement augmented reality glasses and other VR technology Facebook has been working on. Facebook is working on AR glasses, and in a presentation to the press this week, it showed a few examples of how the wrist device might work with the glasses. It could act as a virtual assistant in cooking, for example: As you make a recipe, the AR glasses show a menu with a “yes/no” option to set a timer. You’d make a tiny pinching gesture — an “intelligent click” — to start the timer or do other commands.

The examples Facebook gave are all things that are somewhat familiar to anyone who uses a voice assistant or smartwatch — things like starting a music playlist easily or placing an order online at a coffee shop. But instead of going to the hassles of opening an app on your phone or yelling “hey Siri,” you merely waggle your index finger.

But compared to faster coffee orders, there is a very life-changing use for this technology: For people with mobility and sensory limitations, this could be a huge accessibility aid. Facebook showed a demonstration of a person who was born without several fingers on one hand using the device to move a computer 3D model of a full hand moving and grasping. However, neuroprosthetics for people with missing limbs or limited mobility have been around for a while, created by researchers focused solely on medical uses.

Another of the most tantalizing use of this technology is in lieu of an actual keyboard to type — completely eliminating the possibility of typos from accidentally hit keys.

Facebook’s track record has given people good reason to be skeptical of a device like this. If you’re reading this article and thinking “yikes,” but would think “whoa cool” about one made by Apple, you’re not alone.

BuzzFeed News reported in February that Bosworth had spoken at a companywide meeting about the possibility of facial recognition built into AR glasses and what legal implications it might have.

“I don’t want to be the one to decide how society should handle facial recognition,” Bosworth told BuzzFeed News. “I would like society to have that robust debate and settle on acceptable social norms, and then I’ll work with that.”

Bosworth is aware of the trust issue. “You have these conversations up in the public. Building trust is not the hardest thing in the world. It just takes time. You have to set expectations and meet those expectations consistently over time. Trust arrives on foot but leaves on horseback.”