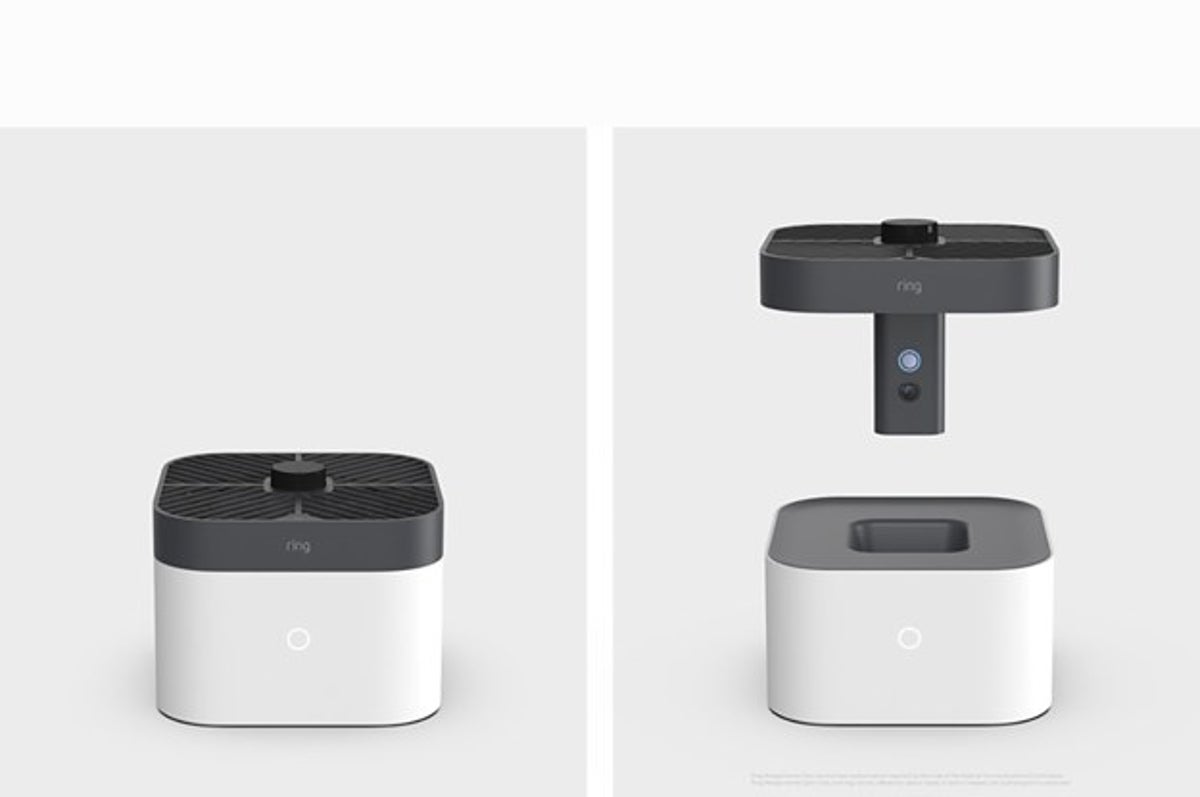 On Thursday, Amazon announced three new Ring devices — a car alarm, a car camera, and a flying drone camera that automatically flies to parts of your house to monitor it (seriously).

The car alarm, which costs $59.99 and works with “99% of cars,” according to Amazon, sits inside your automobile to watch out for break-ins, tows, and more. If it detects something, it will send a notification to your phone.

The car cam, which costs $199.99, will also monitor for break-ins just like the alarm, but has high-definition cameras that can record whatever’s happening too. You can view that footage live on your phone. And if you’re pulled over, say “Alexa, I’m being pulled over” to automatically get it to start recording video.

The flying drone cam, which Amazon calls the Ring Always Home Cam, costs $249 and literally flies around your house to record footage. Amazon says that when it’s not flying, it sits in a dock and the camera is physically blocked for privacy.

Amazon also unveiled a new version of the Echo, the Echo Show 10. The Echo’s screen, which was previously locked in place, is now able to follow customers around their home. “While you’re interacting with Alexa, the device uses these sound localization and computer vision models to triangulate in and turn the screen directly to face you. Alexa is not identifying a specific person, just a human shape. And again, all of this is happening on-device,” Amazon wrote in a blog post.

The Echo Show 10 can act as a remote camera — allowing people to check in on pets or children — as well as periodically sweeping the room automatically. The device also now includes group calls, with support for Skype currently offered and with Zoom being added later this fall.

There’s also more new stuff — a new cloud gaming service called Luna that will let you stream games directly without installing them first, a new Fire TV Stick, and the ability to plug in a webcam to a Fire TV Cube if you own one of those for video conferencing on the big screen. Head over to Amazon’s blog to read more.

And oh, the Echo speaker doesn’t look like a fat soda can anymore. It looks like an orb.