Amazon Has Defeated The Union Drive In Alabama 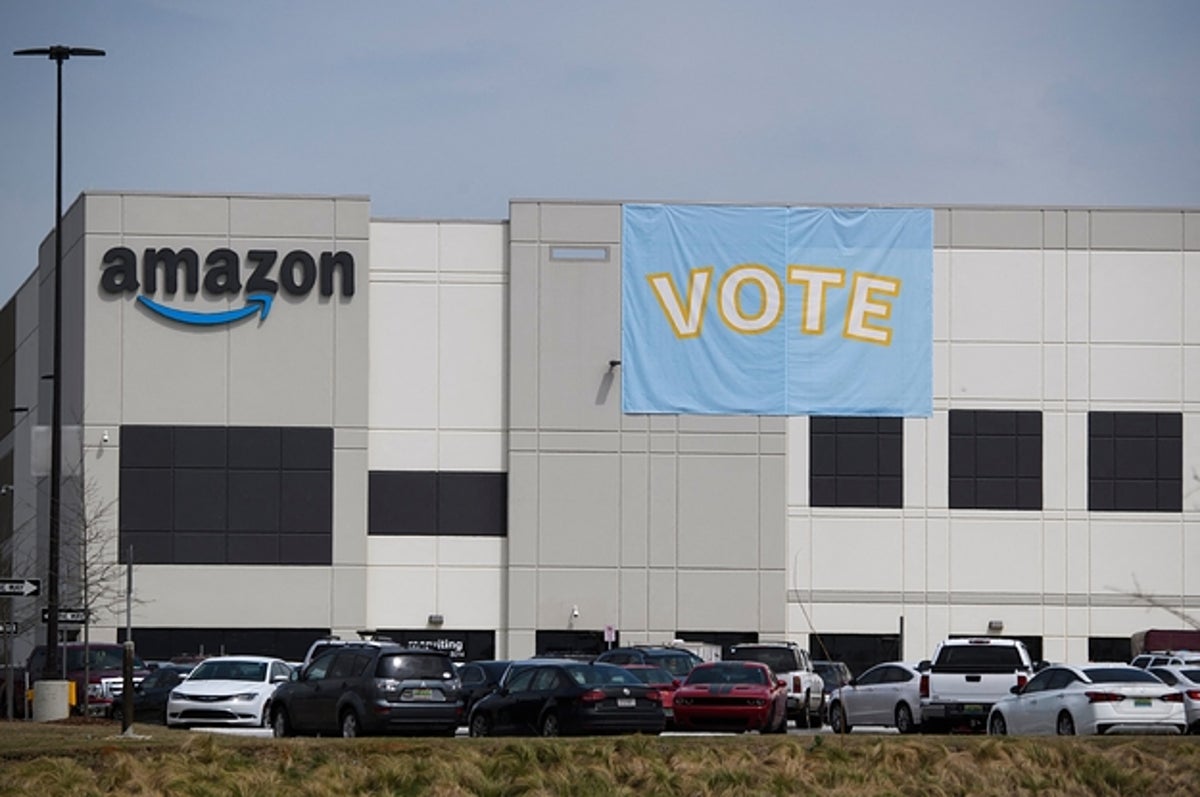 The votes in the union election at an Amazon warehouse in Bessemer, Alabama, have finally been counted, and the victor is Amazon: The majority of workers who cast ballots voted against the effort to form what would have been the company’s first unionized facility in the US.

The outcome follows a long and aggressive anti-union campaign by Amazon. It’s already being challenged by the union, which said in a statement Friday that it will file an objection to the result with the National Labor Relations Board, “charging that Amazon interfered with the right of its Bessemer, Alabama employees to vote in a free and fair election,” according to a press release.

Of the approximately 5,800 workers eligible to vote in the election, 3,215 cast ballots, which were submitted by mail starting in early February; 1,798 of those votes were against the union, with 738 in favor.

“It’s easy to predict the union will say that Amazon won this election because we intimidated employees, but that’s not true,” the company wrote in a press release. “Our employees heard far more anti-Amazon messages from the union, policymakers, and media outlets than they heard from us. And Amazon didn’t win—our employees made the choice to vote against joining a union.”

Despite various efforts over the years, no Amazon worker in the US has ever successfully joined a union, though the company does contract with some unionized firms in the airline and film industries.

“Our system is broken, Amazon took full advantage of that, and we will be calling on the labor board to hold Amazon accountable for its illegal and egregious behavior during the campaign,” said Stuart Appelbaum, president of the Retail, Wholesale and Department Store Union, which organized the drive. “But make no mistake about it; this still represents an important moment for working people and their voices will be heard.”

At a union press conference on Friday, Appelbaum said the union believes a redo of the NLRB election in Bessemer at some point is “very likely.” He also said the union is in touch with Amazon workers at other facilities around the country about forming a union.

“I think there’s a moment in American life that this campaign captured,” he said. “What we have seen is the revulsion of the extraordinary inequality in our society.”

Amazon pushed hard against the union’s effort to organize workers, holding what are known as “captive audience” meetings, in which employees watch anti-union videos; making allegedly coercive statements on an anti-union website; and even allegedly changing the pattern of a local stoplight to prevent the union from conducting outreach to workers waiting in their cars.

On Thursday, the Washington Post reported that Amazon pressured the US Postal Service over email to install a mailbox to collect ballots outside the facility in Bessemer. The emails were sent after the NLRB had ruled that placing a ballot drop box on the premises could constitute illegal surveillance of workers while voting. The union may use the dispute over the drop box, as well as other allegations of unfair labor practices by Amazon in Alabama, in an attempt to appeal the results of the election.

At a press conference held by Amazon after the vote count, employees discussed their reasons for voting against the union.

“We’re talking about us coming to Amazon during a pandemic time when regular jobs were not available,” said Lavonette Stokes. “The opportunities [at Amazon] are great.”

It’s difficult to say what effect the union’s loss could have on ongoing organizing efforts elsewhere within Amazon, but the setback underscores why workers, including those at company, are increasingly experimenting with methods of unionizing that circumvent the NLRB process.

WHO Report Leaves Big Questions About COVID-19 Origins
Economic Effects Of The Pandemic On 9 People, Explained