A Court Delayed Trump Records From Being Turned Over To Jan. 6 Committee 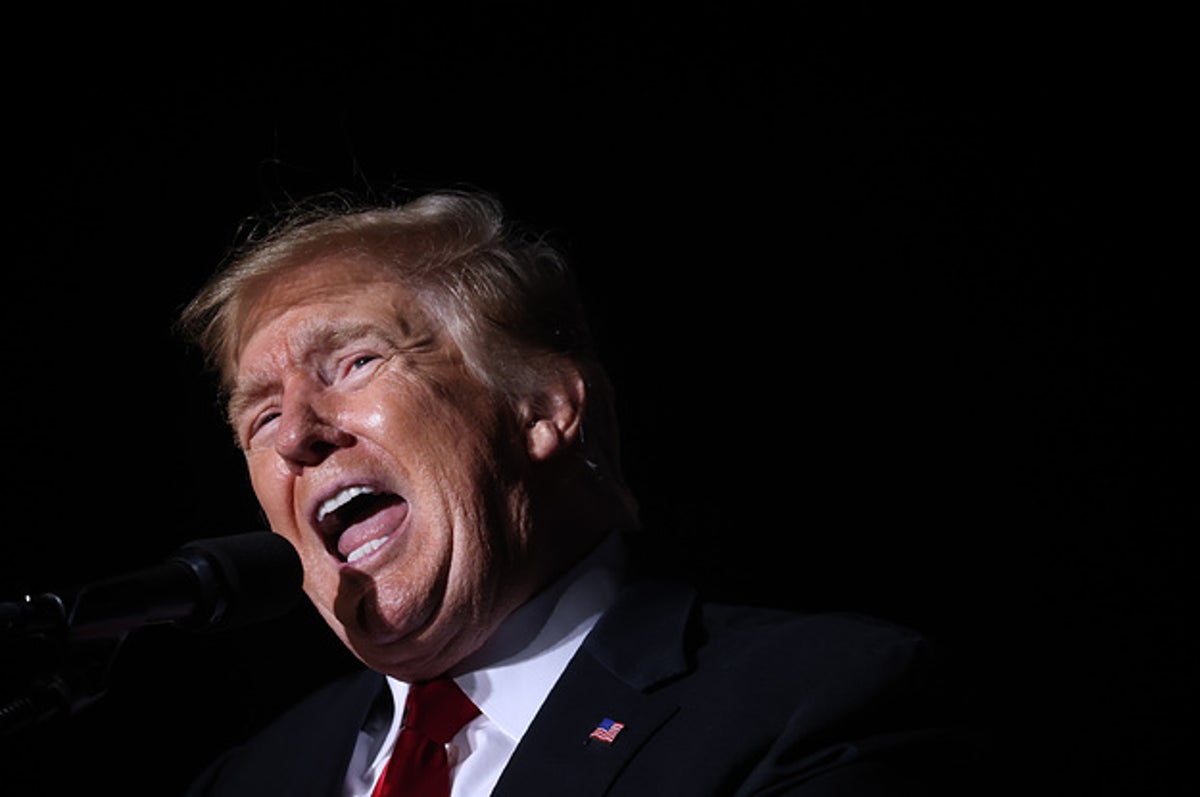 WASHINGTON — A federal appeals court on Thursday agreed to temporarily stop the congressional committee investigating Jan. 6 from getting former president Donald Trump’s White House records, but it is a procedural pause ahead of a full fight that’s set to unfold over the next few weeks.

Officials at the National Archives were due to produce the documents to the Jan. 6 committee at 6 p.m. on Nov. 12. Trump lost the first round before a federal district judge in Washington, DC, in his quest to stop that transfer from happening and immediately took the fight up to the US Court of Appeals for the DC Circuit.

Any delay is a win for Trump, but it’s a win that could be short-lived. The latest order from a three-judge DC Circuit panel is not a final decision in Trump’s favor. Instead, the court granted an “administrative” injunction that preserves the status quo while all sides have a chance to fully brief the case. The judges signaled that they intend to move fast, scheduling a hearing for Nov. 30.

Judges Patricia Millett, Robert Wilkins, and Ketanji Brown Jackson will hear the case. Millett and Wilkins were both confirmed under former president Barack Obama, and Jackson is the court’s newest member, nominated by President Joe Biden in April and confirmed in June. They made clear in Thursday’s order that the purpose of the injunction was “to protect the court’s jurisdiction to address appellant’s claims of executive privilege and should not be construed in any way as a ruling on the merits.”

The Jan. 6 committee and the Archives opposed Trump’s request for this type of temporary injunction in the lower court after US District Judge Tanya Chutkan earlier this week denied his request to block the committee from getting the records. They didn’t take a position on it when Trump made the request to the DC Circuit on Thursday, but did support the speedy briefing schedule, a sign that they were willing to avoid multiple rounds of fighting at this stage that could drag out the case even longer.

The Archives maintain the records of previous presidential administrations. The Jan. 6 committee over the summer sent a request for a broad range of documents related to the Capitol riot covering a period from Dec. 1, 2020, until Trump left office on Jan. 20. Trump had attempted to assert executive privilege over certain categories of records, but such a request from a former president only has teeth if the current president officially endorses it — and in this case, Biden did not.

Trump then filed a lawsuit last month against the committee and the Archives and argued for a preliminary injunction blocking the committee from getting the documents. Chutkan denied that motion, writing in her Nov. 9 opinion that an incumbent president isn’t “constitutionally obliged” to support a former officeholder’s executive privilege requests.

“Presidents are not kings, and Plaintiff is not President,” she wrote.

Chutkan also concluded that the committee had cleared the bar for showing that there were valid legislative reasons for seeking a wide swath of Trump administration records as part of the probe.

“[T]he public interest lies in permitting — not enjoining — the combined will of the legislative and executive branches to study the events that led to and occurred on January 6, and to consider legislation to prevent such events from ever occurring again,” she wrote.