18 Interesting Sports From Around The World 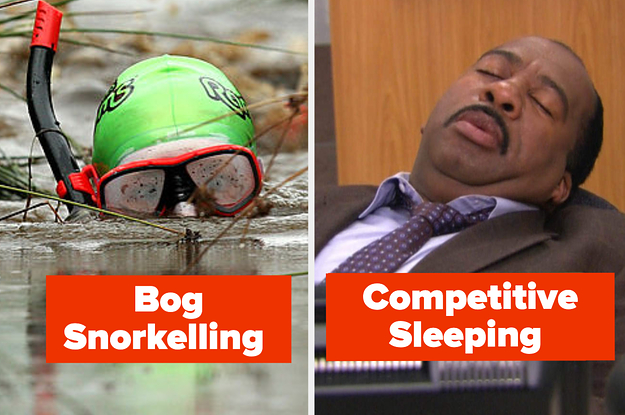 What is it? So, you’ve heard of arm wrestling? Well, toe wrestling is practically the same. In 1994, a set of toe wrestling rules from the ’70s were found in (you guessed it) a pub in Wetton (UK), and the sport was soon officially registered.

Not long after, it would have an annual World Championship, where Alan ‘Nasty’ Nash (pictured above toe wrestling Jay Leno on The Tonight Show with Jay Leno) would go on to take the first of his many titles.

Alan has addressed the dangers of toe wrestling, commenting that: “In 1997, I broke four toes on my left foot in the semi-final as I took the final point. I just walked off the stage grinning and once I was clear, I snapped them back into place and packed my foot in ice to keep the swelling down”.

What are the rules? All toes are inspected by a qualified nurse before the competition. Players remove their shoes and socks, interlock their toes, and then try to pin one another’s feet to their respective sides of the ring. There are three rounds, with players alternating feet (right, left, then right again) between rounds.